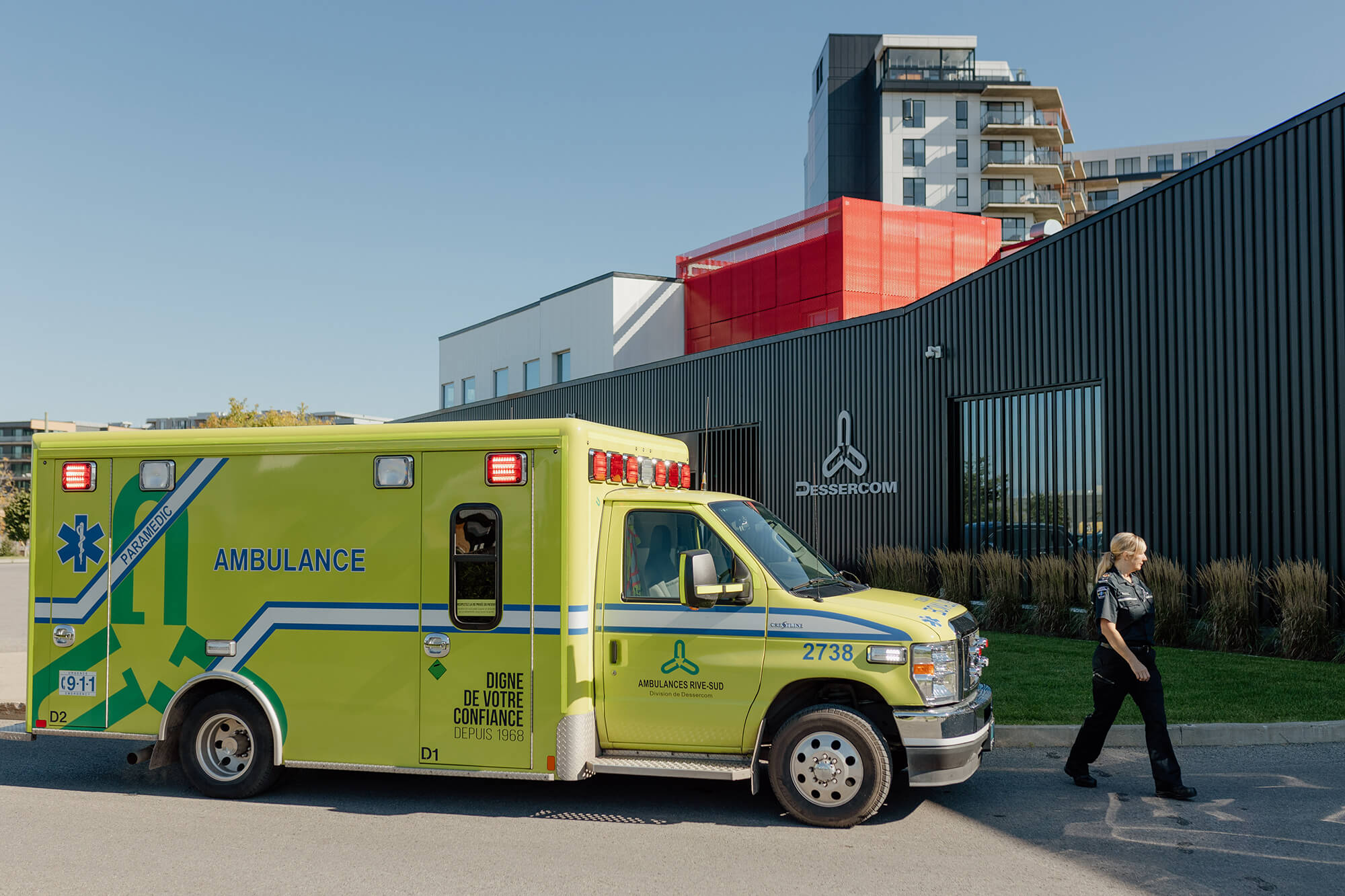 Lévis, July 15, 2021 – Dessercom, one of the largest ambulance and medical transport companies in the province, is concerned about the situation in some hospitals in the province. In fact, for the past few weeks, several emergencies, which are part of the 38 service points served by the company, have been closing or diverting ambulances. Moreover, some municipalities are experiencing sporadic increases in calls causing significant pressure on pre-hospital emergency services and paramedics.

Dessercom would like to remind the population that, for the moment, paramedics must systematically transport their patients to hospital emergency rooms in order to be taken care of by the medical teams. However, it is wrong to believe that admission to the hospital center will be faster by ambulance. “Everyone goes through the hospital triage process when arriving by ambulance, except of course the very critical cases. Sometimes it is even possible that the person we have just transported will be directed to the waiting room after triage. It is therefore important to preserve pre-hospital services for medical emergencies, especially in a context where ambulance and labor resources are limited,” said Francis Brisebois, spokesperson for Dessercom.

Hospital service disruptions have a significant impact on ambulance services. When ambulances are diverted from an emergency, paramedics must go to another hospital based on their protocols and procedures. Transport can therefore take several minutes and thus lead to temporary uncovering of the sector served, increasing the response times to obtain the expertise of a team of paramedics. “We are aware of the issues in hospitals, but we must not neglect all the impacts on ambulance services resulting from decisions made by hospitals. Our paramedics want to offer quality service and ensure the best continuity of care for their patients,” added Mr. Brisebois.

Across Quebec, some paramedics in large municipalities are still on shift schedules, i.e. able to respond to calls 24 hours a day for 7 days. However, according to CNESST criteria relating to the workload on an emergency vehicle, the team must be removed from their shift and replaced by two other paramedics to allow them to rest. These situations, called overflow, are unpredictable and can even lead to disruptions in service, in particular because there are no longer any paramedics available to fill these shifts. “Imagine the snowball effect this has on pre-hospital operations, when our paramedics on shift duty have to go to another hospital center several kilometers from their coverage area, due to an ambulance diversion. Ultimately, it is possible to suffer a break in service at the hospital and a break in ambulance services for your region, ”says the spokesperson for Dessercom.

For several months, Dessercom has been making representations to the Ministry of Health and Social Services (MSSS) to permanently convert problematic shift schedules to hourly schedules, so that paramedics are on board their ambulances and ready to respond. faster on calls. These changes would inevitably improve services to the population and reduce the overload on the already extremely rare workforce. Dessercom is still awaiting a response to these proposals, as well as concrete and pragmatic short- and medium-term orientations from the medical authorities for the pre-hospital issues regularly raised by the industry and which have persisted for years.